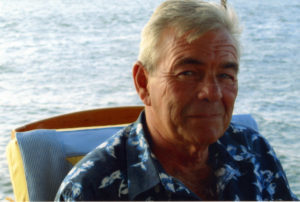 Charles was born on August 19, 1943 in Moultrie, Georgia (Colquitt County) to Gladys Estelle Newton Wingo and James Carl (JC) Wingo where the family lived on a farm while he was a young child. He attended elementary school in Savannah, Georgia until the family settled in Orlando, Florida in the late 1940’s. He graduated from Maynard Evans High School, class of 1961. Charles learned the sign business through working with his father JC, who was a true craftsman of his trade. Charles started his own sign company in the late 1960’s carrying on his father’s legacy.

Charles loved watching football and NASCAR as well as playing poker with his friends in their “old farts poker club”. He and his wife Delba were fortunate to be able to travel all over the United States with family and friends, seeing so many wonderful parts of our beautiful country.

Charles was preceded in death by his parents and brother Robert L. Wingo and sister Rachel Wingo Cason. He will be dearly missed by many extended family and friends.

In lieu of flowers please donate to your favorite charity.

Want to get notified whenever we write about Loomis Funeral Home ?

Sign-up Next time we write about Loomis Funeral Home, we'll email you a link to the story. You may edit your settings or unsubscribe at any time.