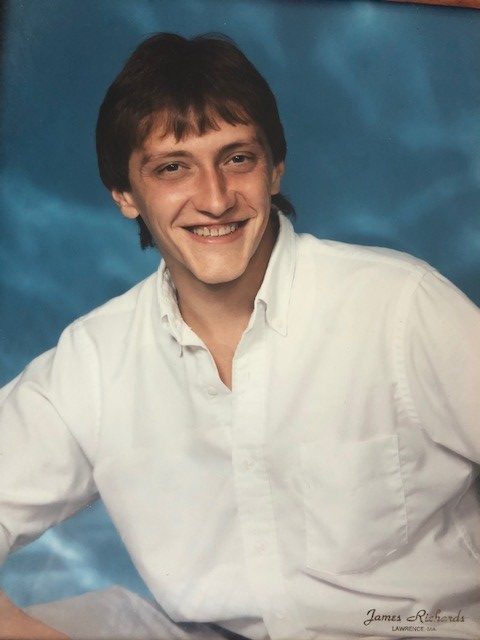 James Michael Driscoll Junior passed away peacefully on October 30, 2019 after a valiant battle with lung cancer. Jimmy was raised in Andover Massachusetts and attended Andover schools. He attended NECC and received his professional training at Burlington Computer Training. He worked in technology for TJX corporate in Marlborough mass. He worked at Driscoll Tire for 25 years with his father James Driscoll Sr. (Deceased 2005)

James enjoyed vacationing at New England beaches with his family and cousins growing up. Jimmy moved to Orlando Florida with his son Nicholas and his mother Mary and his cat Tiger in 2017 fulfilling his lifelong dream to live in Florida and near Disney as an enthusiast.

He is survived by his daughter Melanie Driscoll and her children Ariana, Janelle and JJ, his son Nicholas Driscoll, his mother Mary Driscoll, his sister Amy D’Andrea and her husband Dan and their children Jes Mia Samantha and Daniel, several aunts and uncles and many cousins.

The family would like to express their gratitude for the loving care provided by Vitas Hospice at home and compassionate care in Winter Garden Florida. Funeral services are being handled by Baldwin Funeral Home in Winter Park. James will be buried next to his father James Michael Driscoll Sr. at West Parish Garden Cemetery in Andover Massachusetts. Services will be private.

Want to get notified whenever we write about Baldwin Brothers Funeral Home Apopka ?

Sign-up Next time we write about Baldwin Brothers Funeral Home Apopka, we'll email you a link to the story. You may edit your settings or unsubscribe at any time.